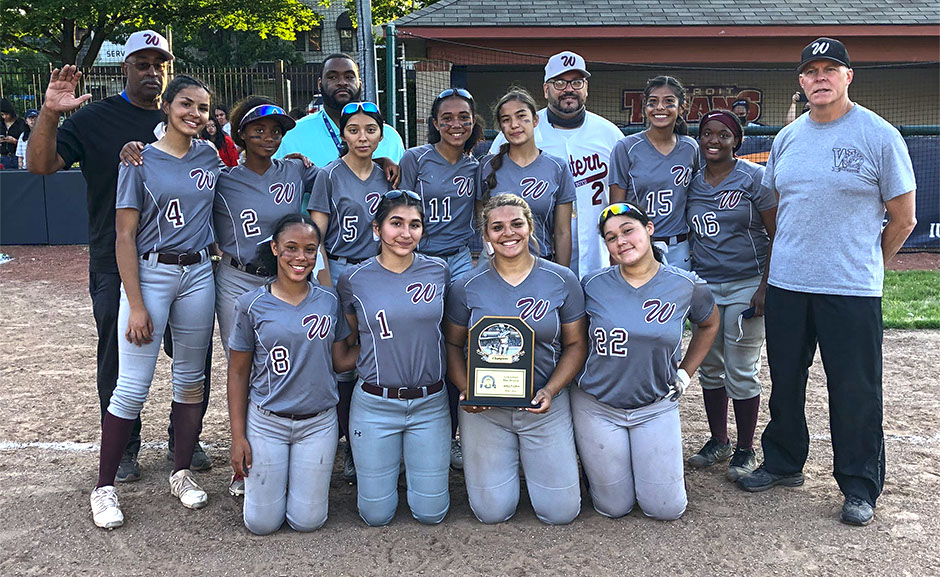 Detroit Western International held off a late-inning rally to beat Detroit Cass Technical 15-11 and earn the 2021 Detroit Public School League softball championship. Western finished undefeated in PSL play. The game was a barnburner. Cass Tech jumped out to a 2-0 lead after the first inning. Western rallied with six runs with two outs in the second inning to go up 6-3. Western nearly closed out the game in the fifth inning, leading 13-4 after scoring five runs with two outs. Another run would have ended the game due to the mercy rule. Cass Tech rallied, scoring six runs in the top of the sixth inning to close the gap to 13-10. Western scored two runs in the bottom of the sixth to increase the lead to 15-10. Cass Tech scored a run in the top of the seventh, but couldn’t get any closer, making the final score 15-11. Mily Garcia led Western with a single, triple, and home run. She scored two runs and drove in three. French Reyes had four hits, two RBI, and scored three runs. Lauryn Bryant had three hits, three RBI, and scored two runs. Dilysia Garcia-Martin had two hits, two RBI, and scored a run. Iolannie Fernandez had two hits, two RBI, and scored three runs. Alainnis Rodriguez  reached base three times and scored a run. Scarlet Fernandez had a hit and drove in two runs. Samarie Springer had a hit and scored a run. Jaylynn Reyes had three hits, drove in a run, and scored twice. Springer got the win on the mound, striking out 11. The two teams will face each other again on Saturday, June 5, for the Michigan High School Athletic Association Division 1, District 20 championship at Western.